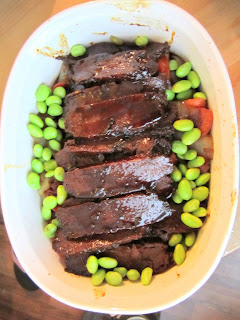 This past weekend was the DISKovery Holiday Potluck.  It was nice to socialize with all of the awesome people who help keep our computer lab running and who make use of the classes and public computer access.  I finally was able to get my grandma's recipe for teriyaki marinade, so I felt it was time to make some serious teriyaki seitan.

Mix up the marinade and let the seitan soak up the tastiness for at least 3 hours, but the longer, the better. I fried up the slices of seitan along with some onion, carrot, and edamame. 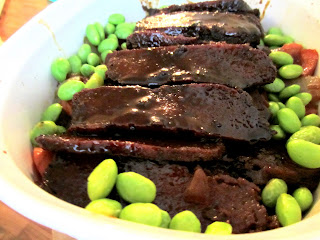 I think many of the potluck attendees did not know this was fake meat when they tried it, but they really enjoyed it and all of the seitan was gone by the end of the party!  I love sharing tasty food with people, and I'm so glad that this turned out well.  My grandma is awesome, what can I say? 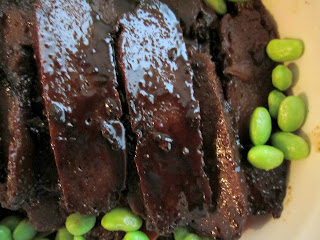 The sauce/marinade is very gingery and garlicky, and the sugar carmelizes when you cook the seitan.  Om nom nom. 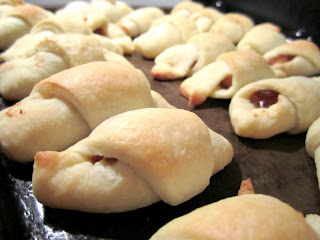 I also made a couple of batches of gifflar filled with apples and apple butter.  Ahh I'm almost getting tired of baking and cooking.  After the holidays, maybe it'll be time to take a break and just eat french fries.
Posted by Melissa K at 12:23 PM