Bread Pudding made with Scones

Bread pudding is a rich, creamy dessert best made with mushy fruit like bananas or pumpkin and then studded with raisins and spiked with cider or rum.  Bread pudding made from raisin scones is even more decadent. 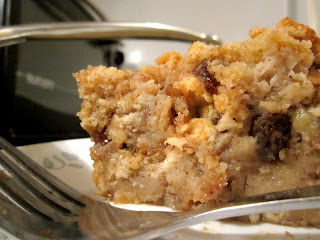 I made some simple scones with tons of raisins and a generous tablespoon of cinnamon: 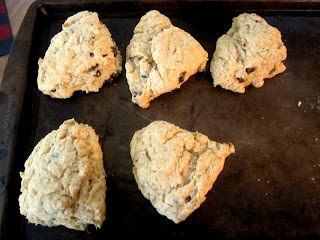 (And I tested one.  Had to make sure they were ok for bread pudding.)
Then, I broke them up into chunks and squished them into a pan.  Then, I added a few knobs of margarine: 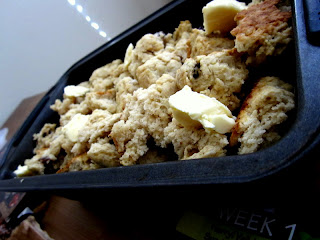 A couple cups of almond milk, some mashed up banana, and sugar went into the pan.  Baked, the result: 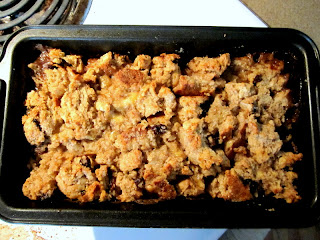 So delicious. Crispy top from a  dash of turbinado sugar.  Gooey bottom from the banana and soaked up soymilk.  Spiced with nutmeg and cinnamon and ground cloves. 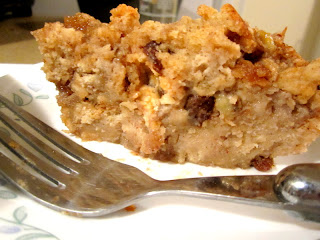 Why Progressives Hate Vegans: Part One


Vegans are embarrassing.  They take the bleeding heart liberal thing to a new level by extending their compassion to (gasp) other things that bleed.  They hate humans, because anyone who seeks to prevent violence and cruelty toward animals can't possibly have enough time or empathy to also care about humans.  They just want attention with their special dietary needs.  They're health freaks - even the ones who bake calorific cupcakes.  When asked why they are vegan, they give answers such as, "I think it is unethical."  They shouldn't go preaching like that, even when asked direct questions.  They have to stop talking about animal intelligence, emotions, and compassion, because it's not macho.  Killing things is macho.  Progressivism is about being macho, because if progressives aren't macho enough to out-macho the conservatives, then they will lose ground among conservatives.  Because compassion is gendered, and femininity and love and caring are all passe.  Vegans are just so embarrassing.  That's one of the reasons why progressives hate vegans.
Posted by Melissa K at 7:48 AM 2 comments:

Small, tangy, not too sweet plums were in everywhere at the farmers market about two weeks ago. 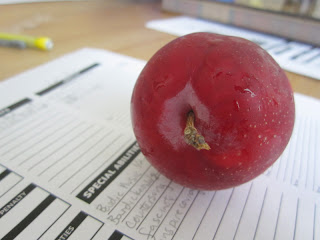 We had people over for Dungeons and Dragons; it was too hot to make something nice for them.  The morning following, however, was cool enough to use the oven.

It began with these: 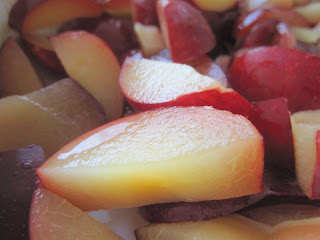 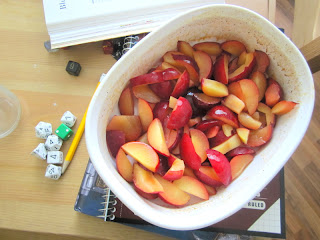 The topping was ad hoc, just a basic biscuit with a half cup of oats thrown in and some turbinado sugar sprinkled on top for that crispy sparkle 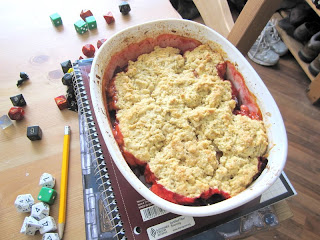 These tangy plums taste tart like rhubarb, which is a rare find around here. 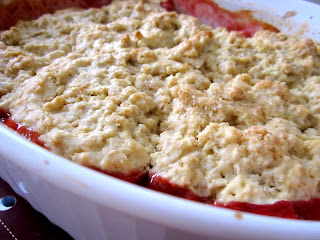 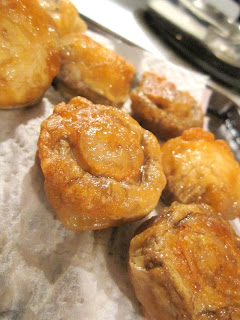 It has come to my attention that nonvegans think that vegan food is often fried to make it taste good.  This post is not representative of most plant-based food, don't judge - eek! 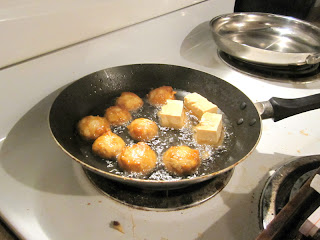 Next time, I would pre-cook the mushrooms in some dry way like roasting.  The mushrooms came out of the pan all crispy and nice, but after sitting a little while, they went slightly soft.  The boy posits: the water from the mushrooms steamed the crispy coating.

I would also attempt a homemade sauce next time.
Posted by Melissa K at 5:21 PM No comments: 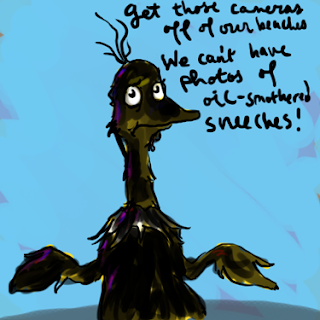 The parents sent me another cinnamon coffee cake mix from The Cravings Place.  I had some farmers market plums.  I introduced them, and they seemed to get along. 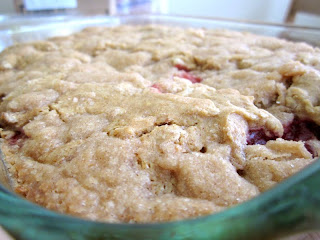 I find that the suggested amount of butter mixed with the streusel topping is not enough, so I usually add more or add some veggie oil. 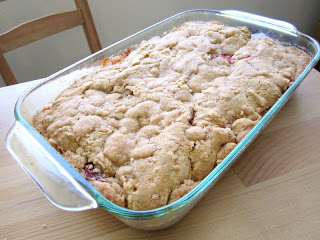 There hasn't been much going on in the cohabitat kitchen these days but the ho-hum of bread and the duh of garlicky long beans.  More soon.
Posted by Melissa K at 1:05 PM No comments: 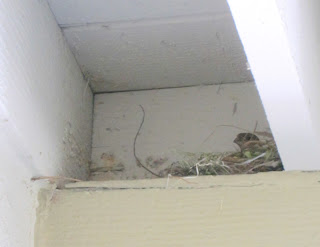 When it's warm out, she skeedaddles.  When it's a chilly morning like this, she just pokes her head out and garbles at us.  It's a pretty clever place to put a nest; it's under the neighbor's porch, above our door.  I feel a little bad scaring her away when we open our door, but maybe she'll get used to us.
Posted by Melissa K at 11:50 AM No comments: