My parents recently sent a box of goodies from Oregon, including a couple mysterious "baking mixes" from The Cravings Place, a gluten free, wheat free, egg free, and dairy free company in Bend, Oregon.  I don't have any allergies or intolerances, and I usually bake from scratch, but I thought it was nice to be able to sample new vegan products.


Despite 80-something-degree weather, I decided to try the Peanut Butter Cookie mix this weekend.  This mix is actually nut free, so you could add sunflower butter or some other nut butter alternative.  I used Earth Balance for the margarine and low-fat cheapo store brand peanut butter.  The package cautions that you may need to add water for the mix to come together, and I added about a half cup or so to create a workable dough. 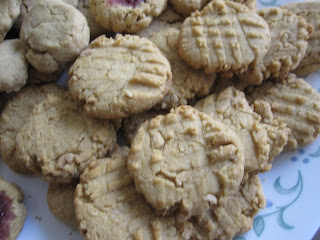 
I also made a few with blackberry jam, and a few that I lazily did not press with a fork: 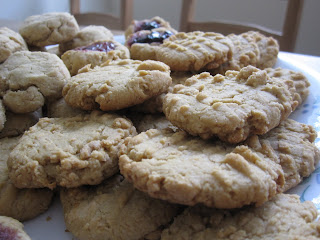 Overall, I think this cookie mix was handy and delicious.  I wouldn't say it was easier than baking from scratch, but it certainly was handier than having to buy gluten free flours, which I don't keep around in large quantities.  It was also an excellent excuse to make cookies.


My parents also sent me a brownie mix from The Cravings Place, so I'll be testing that in the coming weeks. 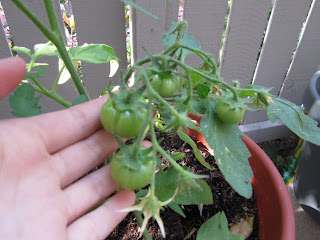 Come on little plant ovaries!
Posted by Melissa K at 4:50 PM No comments:

Even though the Californian "Spring" is transitioning into what everyone else would call Summer weather, I've been on a bread-making kick lately... 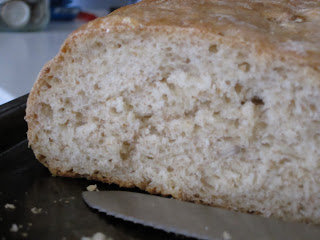 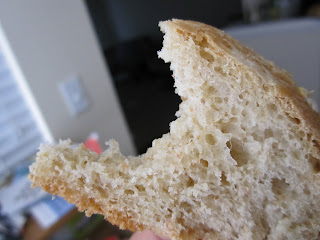 I also made up a big batch of veggie chili.  I bought a few different types of dry beans (kidney, pinto, black) and cooked them up, then added onion, a couple carrots, some celery, corn, a handful of quinoa I had sitting around, and a couple serranos: 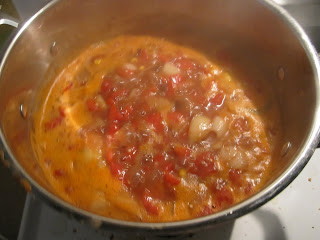 And for more unphotogenic food, I made an experimental dish.  I've been toying with the idea of a cornbread casserole (instead of the typical biscuit/dumpling crust).  I cooked up some chunks of tempeh, onion, and eggplant with Italian spices, salt, pepper, nutritional yeast, and combined it with a small can of diced tomatoes and some soymilk to make a creamy sauce.  I made some tofu ricotta from Vegan with a Vengeance, then plunked all of this into a casserole dish.  Cooked it in a 350 degree oven for a while, then added a cornbread crust and cooked it a while longer.  I tasted a bit of it, it's not perfect yet, but I think it's a minor issue of seasoning and the amount of sauce (not enough!).  Bubbling fresh from the oven: 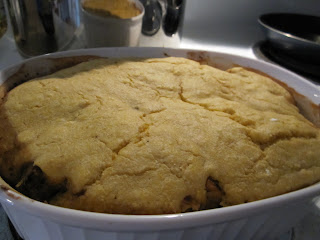 Mmm I love not having to cook during the week.  Hurray for mass baking and cooking efforts on the weekends!
Posted by Melissa K at 2:01 PM No comments:

Does a Casserole Count?

Although certainly not accurate enough to use in equations, Pi Day has arrived along with DST.  And I forgot, so no pie! (Although we did end up making more pizza. The boy is obsessed.)

The boy and I usually try to make up a big pot of soup or a pasta dish or some pizzas to eat during the week. We usually leave early in the morning and get home around 730 or 8, so having premade food prevents us from eating popcorn and oatmeal for dinner.  Well, okay, I still usually have popcorn for dinner a couple times a week, but there have been some late nights recently.  Oops.
We already have a bunch of soups frozen, so I scrounged around and made an "everything" casserole with biscuits.  A giant russet, a couple vegan bratwurst, some pinto beans, celery, an onion (a precious one, since apparently we are having an onion shortage), two big carrots, soy milk, nutritional yeast, parsley, oregano, salt and pepper, and some biscuit dough all went into making this unphotogenic might-as-well-be-pot-pie-for-Pi-Day monstrosity: 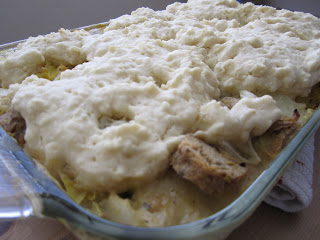 Yes, that is a little bit of sausage at the corner there. It's too bad that biscuit topping looks so much like vomit, because this was total comfort food.  I don't get people who criticize vegan food as "looking icky" or whatever excuse they give not to try something; it's not like a meaty cheesy shepherd's pie ever looked any more glamorous.
Posted by Melissa K at 11:06 AM No comments:

Vegan Calzone and Tomatoes of Tomorrow

This past weekend, the boy's former college roommate came to visit.  There was much Rockband, D&D, and cooking! 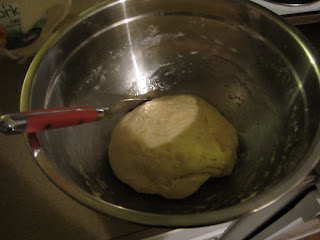 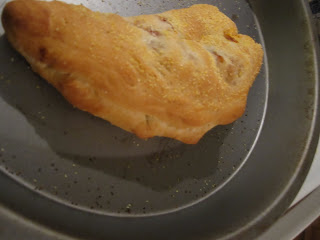 The night our guest arrived, we made pizza!  They made a meaty gigantarrific pizza and shared it, while I made a mini calzone with onions, mushrooms, nutritional yeast, and homemade vegan bratwurst. 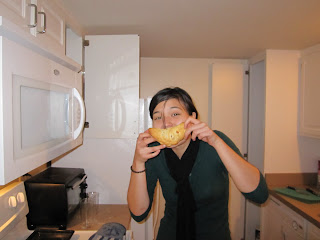 The next day, we made chili with some beefy Gardein thrown in, because why not?  I usually like using homemade seitan, but this stuff was pretty good and even the skeptical omnivorous guest seemed to enjoy it.  I made a batch of cornbread from the Joy of Vegan Baking...it's definitely my new favorite cornbread recipe, nice and moist.

Also, we got a for realsies digital camera!  So I took some photos of our tomatoes as they enjoyed some a SoCal "rainstorm" (known elsewhere as a "drizzle").

An heirloom beefsteak of mystery: 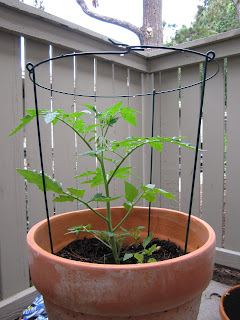 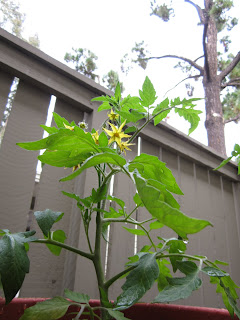 And the super fast growing Sweet 100!  When we got it, it was the smallest saddest plant of the bunch, but now it's the tallest and is over two feet tall already: 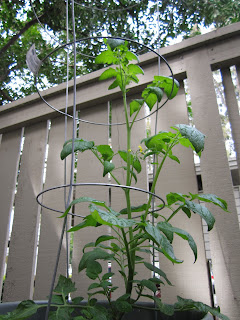 And now a week of grant writing and maybe, just maybe working a bit on the webcomic begins.  Cheers!
Posted by Melissa K at 12:51 PM No comments: